Which  instrument specially designed for the Indian Music.Still in confusion that which one is the best one Yamaha PSR i455 or Roland e09. Here we will differentiate both digital piano  according to the needs of digital piano.

Raga Practice mode is introduced in this model to cater the need of the Indian musicians. You can easily practice the  Bilawal, Khamaaj, Bhairav, Kalyan, Asavari, Kalyani, Hamsadhvani, Mohanam, Hindolam, and Sankarabharanam.

Yamaha is the great brand in the  digital piano market.Yamaha has launched the series of DGX recently. Here we will compare the dgx 640 and 650.

DGX 640 and 650 both has the difference in price and feature as well. DGX 640 is available in two different colors in stores. 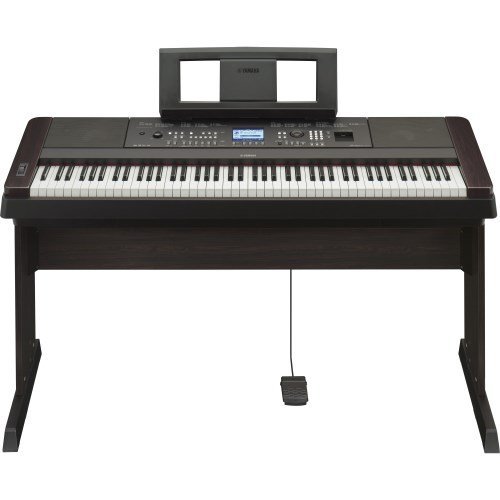 In Every digital piano brand has the numerous models with the different features to offer the quality with the wide variety. Here we will  inspect the William legato and allegro  and create a list of comparison and figure out which one is better.

Every piano player whether beginner or experienced  want a unique well featured piano so here we are reviewing these two digital piano.

See the difference and similarity

Here we will review the price, specs and features of the Casio cdp 130 and Yamaha p45.

Here in brief Yamaha Sound quality is quite good as it use the CF Sound sampling engine which is not used in the P35 and prior model so Yamaha is ahead as compare to Casio CDP 130 when we talk about the sound.

In the Contrary Casio CDP has the plus point in the It has the 88 key scaled hammer action keyboard which is better in any sense as compare to the  Yamaha P45 Digital Piano. 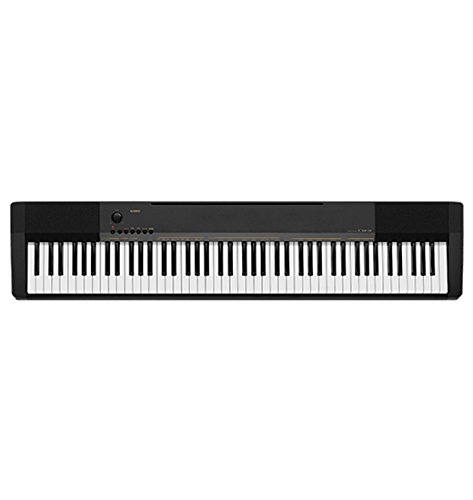 See the differences and similarity in the table

Here we compare the Price, Specs and Review the Price of  Kawai kdp90 and  Yamaha ydp 142 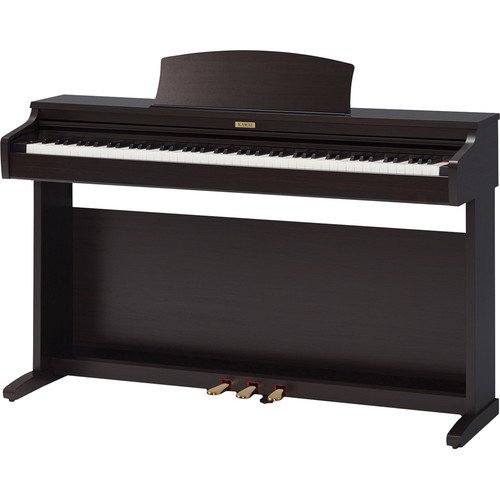 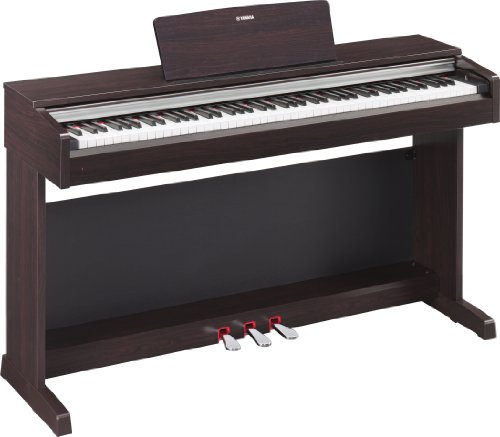 Looking for a selection of a piano out of the two piano Yamaha CP5 vs Nord Piano. Here we are differentiating these two piano which will helps you out to get the right model.

Huntington KB 61- Key Electronic Keyboard: Should You Buy This?

KB61 Keyboard is a great keyboard it has 100 different voices. This function is also very easy to play just hit the voice button and play any number of voices from 1 to 100.

KB61 Keyboard has the nine different demo songs; you can easily access the songs by just pressing the songs button which is over the piano.

Features:  KB61 Piano is very simple in Design and easy to easy to use in the KB series of Huntington Electronic piano.

Design of the Huntington KB 61 Piano: Simple and compact design make it more lovable and preferable as compare to the other electronic keyboards. This is the best piano in its series and best for the beginners and well price. It comes in two colors one is black model and other is silver color you can choose one out of two.

Piano Keys: As you can see in the name, It comes with the 61 standard piano keys, which are not weighted keys, which is good for the beginners.

Number of Preset voices & Tones: As it is very economical yet it has so many interesting features, like it comes with the hundreds of preset songs and tunes.  Different sound effects help the pianist to variate the music. Preset sounds are not too good but when we compare it with price then we can consider it satisfactory. 100 rhythms are also preset in piano. Rhythms are quite helpful for the beginners. Rhythms are quite helpful when we are practice the piano in alone.

Apart from these features it has 8 stereo demo songs, 32 tempo settings and LED Display.

There are Fill In function creates the full chord sound in keyboard using A/B button.

Conclusion:  Huntington KB61 is good for beginners and have the enough variety in preset songs and in rhythms so it is best for the beginners.

Yamaha PSRE253 61-Key Digital Piano is one of the economical  series Apart from PSRE253 there are other models are also available can match with your needs some are like Yamaha PSR-E353, E443 and May more.

This is the one the best in price with great features for its best price. Cheap Price does not mean that it is not well equipped or designed. This is special designed for the entry level Students who are in the primary stage of the Piano learning.

Here we will demonstrate the features of the PSR E 253. It has the more than 300 stereo sample sounds on it and more than 100 songs file with different  style in it. You can get the piano sound as well as open sound. You can record your tune on it and can replay as many time as you want.

Yamaha E253 is packed with the powerful features including the 61 notes keyboard. Yamaha preset songs are very helpful for the beginners. You can reset the

Why we need to consider Yamaha PSRE253 61-Key

Yamaha PSR 253 Digital Piano This is best one for those people who are looking some light piano with extremely portable with efficiency. This keyboard is very light so it is easy

There is no better explanation for world leading digital piano manufacturer Designed to make fun and developing the firm musical knowledge. Yamaha PSR 253 is ideal for the beginner to start of all ages.

Yamaha PSR – 253 is best for the Beginners because it is easy to play due to the simplicity of nature. Even a beginner can easily play this piano without any problem. As key’s size is almost same as other piano have so you can easily practice the basics of piano like “finger positioning or other basics technique you can practice on this piano.

Duo Mode: With the help of Duo mode two people can play this piano very easily. You can easily split the keys into two different parts by just pressing a button. This feature is helpful when teacher and learner both are playing simultaneously.

And Two novice partners can enjoy the music without get bored.

Preset Voices: Yamaha PSR-253 have around 385 voices for learning purpose. In this Yamaha have included the sound of a guitar, drum and other musical instruments. These numbers of sounds make it more favorable as it helps a lot to a beginner. Sample sounds increase the interest in the learner. Grand piano voices also preset in this piano under such an economical price.

Preset songs and Accompaniment Styles:  Apart from the preset voices Yamaha has included the 100 Preset songs and 100 Accompaniment styles. This makes it more lovable as nobody will get bored while experimenting with 100 of songs and styles. If you are a complete newbie then you can listen and try repeatedly.

Compact and Portable Design: From the Portability point of view it is excellent as it is the lighter one piano in Yamaha brand. The weight of this piano is just 9 pounds which is 4.08 Kg.  You can easily move from one place to other.

Easily Connect: It has the AUX Port in the back from where you can easily connect with any device like mp3 player and can rehearse the music.

Power & Auto off  It works on DC power supply. Two 6AA Batteries are used, so no need of the Power supply and it is power efficient too,  as after certain time of period it becomes auto off.

Editor Recommendation:  Yamaha PSRE253 have lot of features but when you talk about the MIDI and USB Port You can choose the PSRE 353, PSRE 453.

The Best Piano Brands to Check Out

In the market today, different types and brands of pianos are being sold. Pianos vary by type. Some pianos are designed and well-suited for beginners, while some are designed to be played by professional pianists. If you are looking for a piano, the best way to start is by researching the different types and brands of pianos available that will suit your preference, specific needs and budget.

Major brands offer different styles to suit customers’ needs. The best piano brands are often based on past experiences consumers have with a specific brand. Most often, these concern the overall sound quality and performance of a piano brand, the design and also the ease in using it.

Here’s a list of some of the most recognizable brand names available today:

An American and German piano company founded in 1853 and known as a prominent company that’s popular for making high-quality pianos and also for developing innovations in the area of piano advancement. With Steinway granted with 126 patents in piano making, the company has a dominant position in the high-end piano market.

An American Best Digital piano brand that traces its origins back to 1857, Baldwin is one of the most famous and celebrated of all American piano manufacturers. Baldwin enjoyed great success during the 20th century, but slowly declined because of war and recession until it was sold in the 1990s and relocated to Arkansas and Missouri.

An Austrian piano manufacturer established in 1828. In addition to the standard 88-key keyboards, it also produces 97 and 92-key models. The Bösendorfer sound is described as darker or richer than the purer and full-bodied sound of other piano brands.

Two distinctive features of this brand are the removable capo d’astro bar in the treble and its single-stringing.

Started by Paolo Fazioli in the 1970s, they are known as a high-end maker of handcrafted piano based in Italy which produces approximately 100 pianos a year.

Fazioli currently offers six models of grand pianos, including the Fazioli F308, considered to be the largest at 3.08m in length and the longest piano available in the general market. Its distinctive feature is the inclusion of a fourth pedal on the F308 model. This pedal brings the hammers closer to the strings, thus decreasing the volume while maintaining a normal tone.

Established in 1853 by Julius Blüthner in Leipzig, Saxony, it is considered as one of the ‘Big Four’ piano manufacturers along with C. Bechstein, Bösendorfer, and Steinway & Sons.

It is known for innovations such as the Aliquot string – an additional fourth string in the treble section not struck by the hammer that vibrates by resonance and introduces additional overtones that enriches the dynamic sound and provides Blüthner’s warm and romantic sound.

A notable design they made was a reversed piano for a left-handed person to play which allows the person to play the tenor on the left hand and the bass on the right hand.

The Yamaha DGX650WH digital piano has interactive features that will make learning, sharing and playing music fun. It has weighted keyboard action that provides an acoustic piano feel and tone, as well as sound sampling from one of Yamaha’s finest grand pianos. 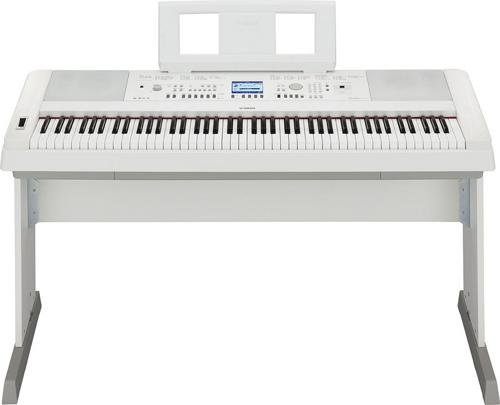 Mimicking the hammers inside an acoustic piano, it features a weighted action with a heavier touch on the low end and a lighter touch in the high end, making it easier for you to transition between a digital piano and an acoustic one.

The Yamaha DGX650WH is an excellent-quality digital piano. It’s loaded with functionalities, both basics and some useful extras that you will find helpful whether you’re a beginner or a pro. A white unit may be more meticulous to maintain but the clean and elegant look it has makes it worth considering if you’re particular with these. It is also available in black.

If you are one to invest in a high-quality digital piano, the  Yamaha DGX650WH is worth the price, considering that aside from the basic features necessary in a digital piano, it has additional enhancements to further replicate the grand piano feel it gives.